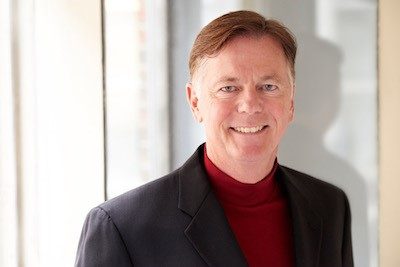 Leading American Pharmaceutical Expert to Visit Bulgaria in May

In May 2019, Bulgaria will be visited by one of the most successful entrepreneurs in the world pharmaceutical industry – Michael Bigham. He has held managerial positions at some of the largest pharmaceutical companies and developed cancer treatment medication, as well as some of the newest and strongest antibiotics. Michael Bigham is a true guru in the pharmaceutical and medical industry in the USA. Additionally, he is a very successful businessman, entrepreneur and investor.

Pharmaceutical expert Michael Bigham is to visit Bulgaria between May 15th and 20th, 2019, as part of the American lecturers to teach at the Varna Free University “Chernorizets Hrabar” under the Entrepreneurship Master’s program. Others include Michael Marvin, a leading technological expert and entrepreneur in the IT field, and Larry Biehl, the foundation’s boss and a financial expert.

Michael F. Bigham was appointed Chief Executive Officer and Chairman of Paratek Pharmaceuticals’ Board of Directors in October 2014. Mr. Bigham has more than 25 years of senior leadership experience in the biopharmaceutical industry. From January 2003 to November 2015, he was a general partner at Abingworth LLP, a leading international investment group dedicated to life sciences and healthcare. In November 2003, Mr. Bigham became part time Executive Partner at the firm. He currently serves as a member of the board of directors of InMediata and has held several directorships, including at Avila Therapeutics (where he was also the founding Chairman and CEO), Magellan Biosciences, Portola Pharmaceuticals, Supernus Pharmaceuticals, Avedro and Valeritas.

Mr. Bigham was formerly Vice Chairman of Corixa Corporation, a publicly traded biotechnology company, and was President and Chief Executive of Coulter Pharmaceuticals, a publicly-traded oncology company, until it merged into Corixa. Previously, he was an early employee at Gilead Sciences where he served in various capacities, including Executive Vice President of Operations and Chief Financial Officer. Before joining Gilead Sciences, Mr. Bigham was a Partner at Hambrecht & Quist where he became Co-Head of Healthcare Investment Banking. Mr. Bigham received his B.S. from the University of Virginia and qualified as a C.P.A. before completing his M.B.A. at Stanford University.

Leading IT expert and entrepreneur, Michael Marvin, to visit Bulgaria for a second time in May

The founder of the Bulgarian Entrepreneurship Center Foundation (BEC), Larry Biehl, is to visit Bulgaria again in May